Photoshop has become the go to tool for visual designers looking to create innovative visuals in the form of graphics and pictures. When one looks at the end work by sitting in front of the screen, the viewers would really enjoy the visuals that have been created using Photoshop. But a lot of hard work had actually gone in to creating such mind blowing visuals using Photoshop. For those who have just started using photoshop, it would take some time to master the key features in photoshop at would help the person to design amazing visuals. In order to learn quickly the key features required to design out of the world visuals, the designer can make use of the 5 top tips for photoshop design, given in this section. 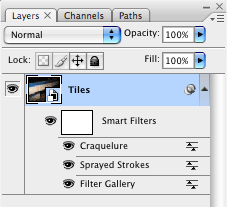 When designers start to work with different layers; they usually save the layers in to relevant folders for easy identification and recall. Whenever a particular layer is required, designers call the particular layer by making the relevant folder visible and the others invisible. This is rather a crude way of working with different layers and may not yield efficient results when working on complex templates.

This situation can be handled easily by making use of a concept called Layer comps. Layer comp is the solution for making the different layers related to a single template to be visible by using a single mouse click. When the designer clicks the layer comps icon at the bottom of the panel, the designer would be prompted to give a name for the visible template. Photoshop would store this information for quick retrieval whenever the related layers are required to be called.

There are a multitude of tools such as paint bucket, Eraser and smudge cursor that provide the flexibility to make alterations to the existing images. When designers use this tool, they can do the changes. While doing such changes, some other section of the image might get affected and this cannot be avoided even when by an experienced designer. In order to do such changes without affecting the other areas in the image, the concept of clipping mask comes in handy. Using this, the designer can freely move around the region which requires editing without worrying about the surrounding area.

The important assets created in a photoshop document can be converted in to smart objects. This makes it easy for the designers to hand over the assets to their clients.

As photoshop is known to crash without any notice, the designer would be better off by saving the created documents in to separate files. Instead of overwriting the existing file, the designer can save the changes as individual files. This would be easy to revert back the changes.

[an error occurred while processing the directive]